The Science of African Violets

From the beginning of the Society there has been interest in research and scientific information about African violets, even though a large percentage of the membership is made up of hobbyist growers.

Early specimens of African violets had been collected by Sir John Kirk on the coast “opposite Zanzibar” in 1884, and by the Rev. W.E. Taylor in the Giryama and Shimba Mountains in 1887.

In 1892, in Tanzania (then German East Africa), Captain Baron Walter von Saint Paul, the German Imperial District Captain of Usambara, collected a plant he called “ das violette Usambara” (the Usambara violet).  Captain Baron Saint Paul came from a family with a strong interest in plants.  His father was President of the German Dendrological Society.

Walter Saint Paul sent plants or seeds of this African “violet” to his father.  His father gave them to Hermann Wendland, Director of the Royal Botanical Gardens at Herrenhausen in Hanover, Germany. It was Wendland who wrote the first scientific description of the plant in Latin. Wendland placed the plants in the Gesneriad family, gave them the generic name Saintpaulia (in honor of the Saint Paul family), and the species name ionantha (with violet-like flowers).

In 1893 the seed house of Ernst Benary, then in Erfurt, Germany and now located in Munden, Germany, started to grow African violet plants commercially.  The first English language description of the African violet (with a colored plate) appeared in Curtis’s Botanical Magazine in 1895, with the comment:

It doesn’t often happen that a plant newly introduced into Europe can claim the honor accorded to the subject of this plate, of being, within two years of its flowering, figured in five first-class horticultural periodicals.

DEVELOPMENT OF HYBRIDS IN AMERICA

Commercial growing of African violets in the United States began in 1926 when Armacost and Royston of West Los Angeles, California imported seeds from Benary in Germany and Sutton in England, and introduced the plants to the trade.

In the next 20 years interest in the African violet increased among commercial and amateur growers to the point that in 1946 a national society was formed.

Originally more than 20 species and subspecies of African violets were described. In 2009 this number was reduced down to nine species using DNA evidence.

Based on genetic studies, the International Society for Horticultural Science reclassified Saintpaulia as a sub-species (section) of Streptocarpus in 2015.* The International Botanical Congress has agreed that the Gesneriad Society will control the registration of cultivars for all Gesneriads except African violets.  That right belongs with the AVSA.

For additional detailed information, we recommend Dr. Jeff Smith’s comprehensive article on the history and taxonomy of the species for the Gesneriad Refence Web  titled “Saintpaulia — The African Violet.” 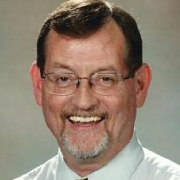 Read the history and taxonomy of violets in Saintpaulia – The African Violet, by Dr. Jeffrey Smith.

For convenience, articles are organized by subject matter.

These articles may be of particular interest to those most interested in research and scientific studies.